The relationship between trees and human health 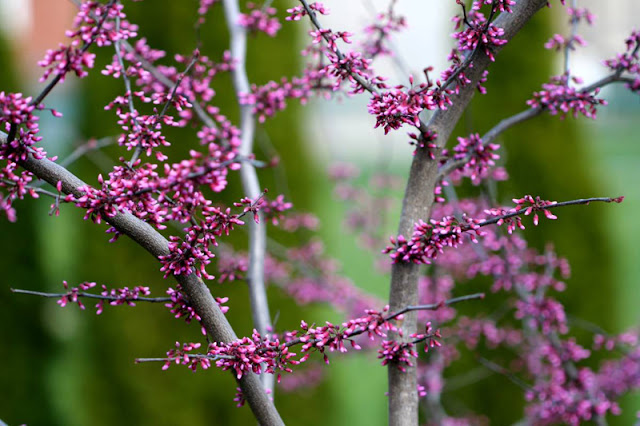 Since 2002 an estimated 100 million ash trees have died due to the emerald ash borer invasion. A team from the U.S. Forest Service set up a research study on the effect the loss of all these trees had on human health.

Conclusion from the report:

"Results suggest that loss of trees to the emerald ash borer increased mortality related to cardiovascular and lower-respiratory-tract illness. This finding adds to the growing evidence that the natural environment provides major public health benefits."

Geoffrey Donovan, who led the study, said in an interview with PBS New Hour,

"Not only do they do the things we would expect like shade our houses and make our neighborhoods more beautiful, but maybe they do something more fundamental. Maybe trees are not only essential for the natural environment but just as essential for our well-being. That's the message for public health officials.

The tree above is a Cercis canadensis "Forest pansy", one of my favourite ever small trees and shown here with spring flowers. I'd plant a million of them alone in my own garden....