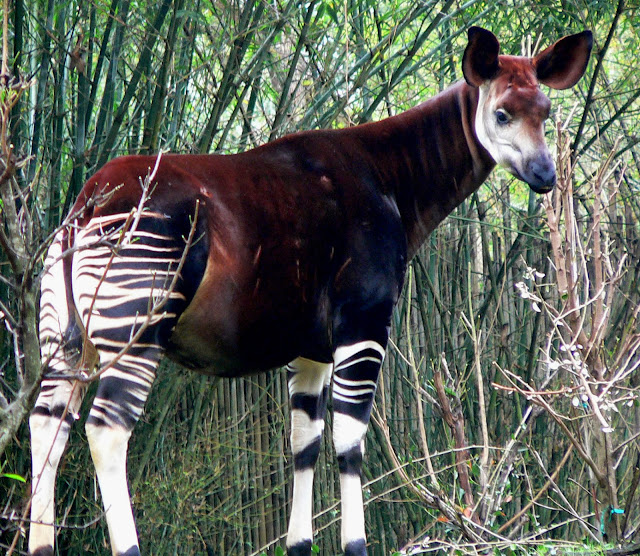 The International Union for the Conservation of Nature's latest Red List of Threatened Species shows a bleak picture.

"The red list now contains assessments of 71,500 species, including all mammals, birds and amphibians. The latest update added more than 1,000 species. Of the species understood well enough for a judgment to be made, more than a third are under threat. About half of known reptiles have been assessed and a third of fish, but only a fraction of invertebrates, plants and fungi.

Habitat destruction, hunting and the introduction of alien predators as a result of human activity are causing the greatest mass extinction of species on Earth since an asteroid strike wiped out the dinosaurs 65m years ago."

The lovely giraffe/okapi above is prized for its meat.....

Quote above from an article over at The Guardian.
Posted by Kay at 12:00 AM