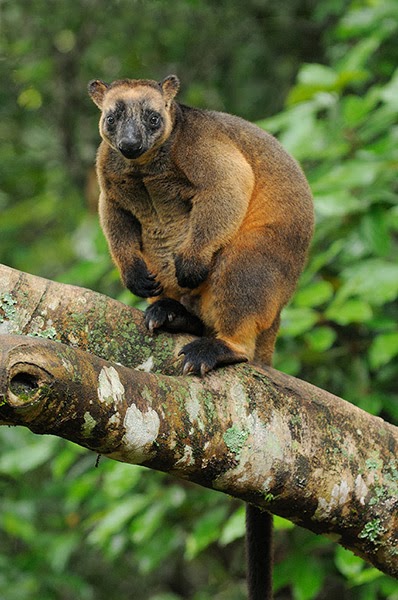 The Lumholtz's tree kangaroo (Dendrolagus lumholtzi) lives in an irreplaceable nature reserve in north Queensland, Australia and has been recognised as such by an international team of scientists.

Over at The Guardian are more photos of the other reserves under threat, such as the rainforests of Madagascar and the elephant-rich hills of western India.