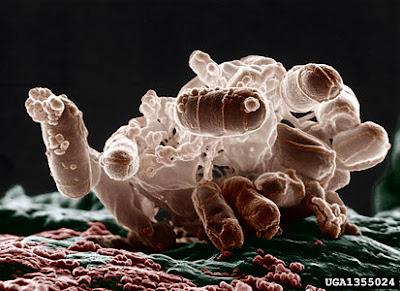 According to a report by a group of scientists from Helsinki,

"Rapidly declining biodiversity may be a contributing factor to another global megatrend—the rapidly increasing prevalence of allergies and other chronic inflammatory diseases among urban populations worldwide."

The BBC have posted an article about the study and findings, containing interviews with the scientists involved and other links to similar research going on, i.e. one study showed a link between the lack of green spaces and higher stress levels among people living in urban areas described as deprived and another study that found that good walkable access to local shops, services and green spaces doubled the chances of an older person achieving the minimum recommended amount of walking - 2.5 hours each week.

While it is scary to think that if we live in cities our children will develop asthma and allergies, I for one, think that a study such as this can seriously start to influence policy and planning sooner rather than later and that is really exciting and a giant step in the right direction. Especially when they end their abstract with:

"These results raise fundamental questions about the consequences of biodiversity loss for both allergic conditions and public health in general."

I'm on board and raring to go.

The photo above is of a proteobacteria and a type of gammaproteobacteria, called Acinetobacter, was singled out in the study as being "strongly linked to the development of anti-inflammatory molecules". Kind of cool and freaky looking at the same time.....