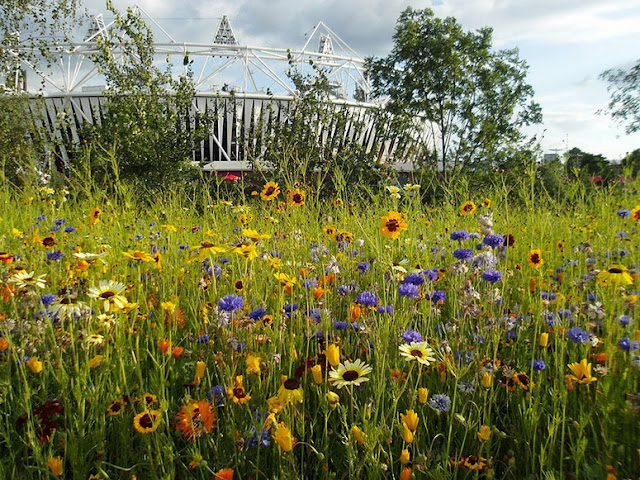 Another report from the EEA (European Environment Agency) with depressing undertones.....

"Our high-consumption lifestyles are putting more pressure on the land. But beyond the proportion of land we are covering with concrete, there is another important effect – roads and other infrastructure are carving valuable habitats into increasingly smaller fragments, with serious consequences for some of Europe’s most endangered species." EEA Executive Director Hans Bruyninckx.

Maybe we should take a leaf out of the 2012 Olympic Park's book (thanks to the wonderful people at Pictorial Meadows) and infuse all public spaces with as much wildlife habitat as is humanly possible.