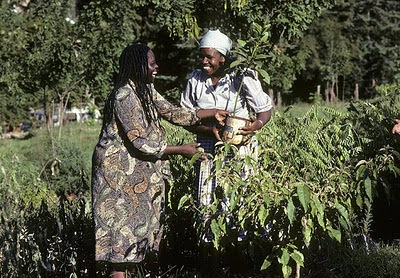 A day late with this, but Wangari Maathai, Nobel peace prize winner, died yesterday. She was a Kenyan social activist and environmental crusader who founded the Green Belt Movement.

As written in the Guardian, the Green Belt Movement is described below,

"What began as a few women planting trees became a network of 600 community groups that cared for 6,000 tree nurseries, which were often supervised by disabled and mentally ill people in the villages. By 2004, more than 30m trees had been planted, and the movement had branches in 30 countries. In Kenya, it has become an unofficial agricultural advice service, a community regeneration project and a job-creation plan all in one."