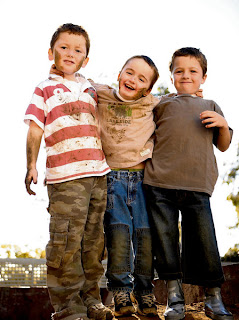 It's always nice to hear about another country getting on board with the nature/play movement. Here's a link to an article over at the Irish Times titled "Let those angels get dirty faces". Just to wet your appetite:

"For a child, Ireland should be one big green playground, yet it seems increasingly our children are sidestepping squelching through our country’s glorious woods, beaches, lakes, parks and mountains for merely interacting with metal, rubber and man-made locations. They are climbing play frames instead of trees, swimming in pools instead of the sea and clambering over soft play obstacles instead of rocks.

Ireland has one of the highest birth rates in Europe, but also one of the highest obesity rates. With 22 per cent of all five to 12 year olds overweight or obese, the long-term impact on our health system has been making the headlines."

Found via Children and Nature Network.