For all those Landscape Architects out there..... 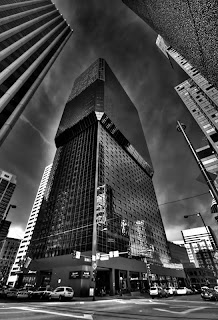 It's about time the profession was at the forefront of policy making, there'd be a lot more nature around in our cities if that was the case. This article over at The Boston Globe talks about the rivalry that's happening between architects and landscape architects, aka New Urbanists versus Landscape Urbanism.

"The landscape urbanist vision propounded by Waldheim and his allies comes down to two central insights. The first is that American cities in the 21st century are not like American cities from the 19th century, and should not be expected to function the same way. The second is that the best way for urban designers to protect the environment is to prioritize the natural landscape. Design should accommodate the waterways and the wildlife that were there before you arrived; it should preserve the rainfall instead of shunting it into sewers, and perhaps use it to irrigate nearby vegetation."